We all know (or have known) someone who easily loses their cool in traffic – or who might be inclined to punch someone in the face if just looked at the wrong way.  We all probably also know someone who doesn’t really seem triggered by anything.  They’re able to brush off even the harshest of dirty looks, bad drivers, and insults.

Some of the earliest work I did when starting off as a Therapist involved running an Anger Management group for people that were court ordered to do so….And let me tell you – many of them were not happy about having to be there – at least until they got to see that I wasn’t that bad of a guy.  One of the questions I’ve asked myself (and many of the people I’ve worked with over the years) is “What is the main difference between the person able to just brush things off vs. the guy or gal who reacts so intensely (perhaps even aggressively) when they’ve been wronged one way or another….The main difference I’ve found (aside from the fact that one is way more likely to spend time in jail than the other), is that the latter tends to take things personally – VERY personally. There are certainly other biological, environmental, and personality-trait-related factors that play into one’s response to stimulus around them, but the way a person thinks (or has learned to think) is HUGE.

I’m reminded of something I learned in another one of my first real Therapist gigs.  I was working at a residential facility that provided therapeutic services to kids and teens struggling with some pretty major emotional and behavioral difficulties.  During orientation on one of my first days there, the facilitator brought up the acronym “QTIP” – Quit Taking it Personally.  He essentially pointed towards the EXIT sign leading towards the parking lot and told the group of new employees that this was not the place to be working if you had any issue with being called any combination of colorful names on any given day – or if you could not accept that this was not the kind of place to take anything said or done to you personally. We were braced to hear it all – and we did.

Although it’s easy to suggest that one should just “stop taking things so personally”, it’s another thing to put the kind of thinking in action that diminishes the emotional reaction that takes place when triggered.  Below are a few things you can do to QTIP!

1 – Question your assumptions about what has happened and consider alternatives. When we get angry or take things personally, it’s usually almost completely due to how we have perceived what has happened – not about what has actually happened.  Think texting.  How many times have you gotten upset after reading a text – or after having waited too long to receive a reply – only to later find out that something you convinced yourself to believe to be true was not. When somebody has said or done something to you, think about the beliefs you have about what happened and consider the possibility that your beliefs or assumptions may be wrong.

2 – Challenge/change your expectations. It’s often the expectations and standards we have set for the world and people around us that is to blame for our reaction when people fail to meet those standards.  When our expectations for how people will behave is too high or rigid, it’s inevitable that people will fall short of those expectations. If we expect, for example, that all people be kind in all circumstances, we will most certainly be disappointed. Similarly, if we demand that things be fair, we will be let down time and time again.

3 – Recognize your own insecurities. Our own insecurities often play a large role in how (and how strongly) we react to the things other people say and do. We take things personally and get upset when someone jokes about things that “hit close to home” but might laugh otherwise.  When we can recognize that our reaction is sometimes more of a reflection of what’s going on inside of us, rather than viewing things said/done as a personal attack, it’s usually easier to move on.

4 – Extend empathy. It’s usually helpful to consider the struggles other people might be having when we are treated poorly. If you were to know that the “rude” cashier you were dealing with was trying to navigate the challenges of a recent layoff, all while grieving the loss of a parent, your reaction to the perceived disrespect she directed your way may have been more empathetic.  Even though we might not be in a position to ever know what other people are going through, it’s helplful to remember the quote: “Be kind, for everyone you meet is fighting a battle you know nothing about.”

5 – Remember why “Trolls” are Trolls and Ignore.  Some people thrive off of getting a rise out of other people.  You’ve seen it all on Facebook.  Someone comments on social media about a social justice movement they feel strongly about, only to be called a “libtard” or “snowflake” by some anonymous guy hiding behind his keyboard. The result is an all out Facebook war – people angrily chiming in, insults left and right, and a smile on the face of the Troll as he continues to feed the fire.  These tactics used by the modern day Troll, however, are nothing new.  They’re used by the schoolyard bully and by the brother who just loves seeing his sister lose her shit.  Sometimes the best reaction is no reaction at all. See what’s going on for what it is, ignore, and move on.

7 – Keep your Power: When we react (emotionally or behaviorally) to the actions of others – and constantly take things very personally, we give away our power.  We are puppets, simply reacting to the world around us.  We have given up our control.  We suffer.  Remembering that we have some say in how much of that Power we want to give up, can help us keep it.

Float on Counseling, LLC is located in the Carrollwood Area of Tampa, Florida on North Dale Mabry Hwy. 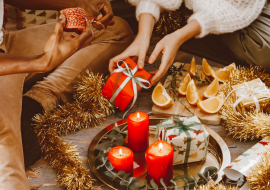 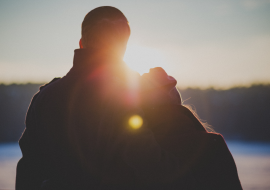 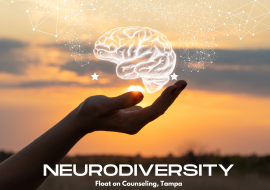